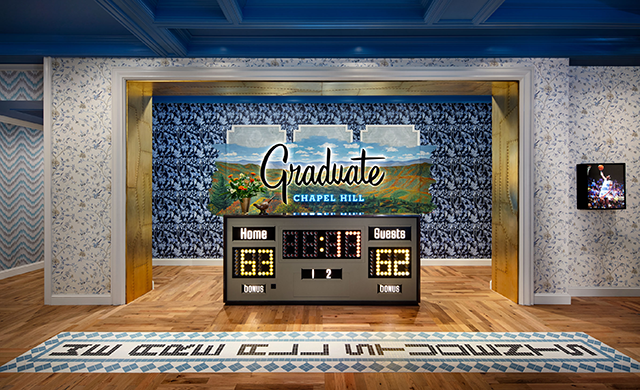 Designed in homage to the university’s academic and athletic legacy as well as the state’s oceans and mountains, the in-house design team utilized Carolina Blue and installed a suspended model airplane inspired by North Carolina’s denomination as “First in Flight.”

On a scoreboard hanging behind reception, the hotel the recalls the university’s iconic 1982 NCAA basketball championship victory against Georgetown in which Michael Jordan made the game-winning shot with 17 seconds left on the clock.

Read the Issue  View the Archives
Subscribe to the Digital Edition

Storytellers of the Year

Storytellers of the Year